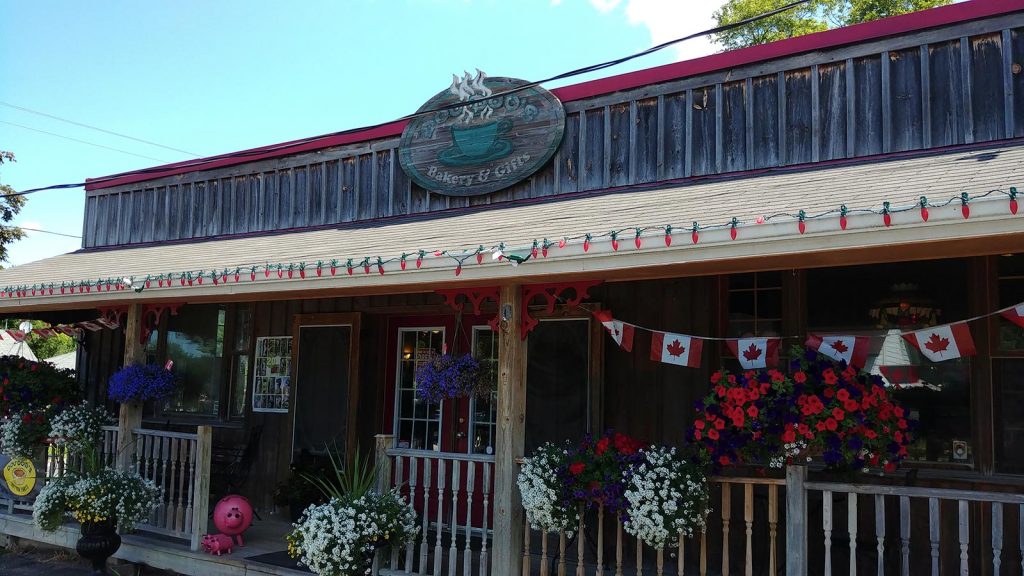 Have you ever been to a business and the line-up to purchase something was so long that you just wanted to know the reason for all the excitement? That is precisely what it was like for me when I saw Doo Doo’s Bakery’s booth at my first Butter Tart Festival in Midland, Ontario.

Walking up and down the main street of Midland, we passed possibly hundreds of booths from bakeries from all over Ontario, selling their delicious butter tarts. Some had long lines, others had shorter ones, and everything in between. However, the longest line led to the booth for Doo-Doo’s Bakery. They had a banner and signs saying “Ontario’s best butter tarts winner”. So, of course, I was curious and stood in the long line. Shortly before I got to the cash, they had sold out.

At the time, I was more disappointed that I stood in the line as long as I did, than I was over not getting the butter tarts. After all, I didn’t know what I was missing…. but, I was still curious.

Fast forward a couple of years later, and I had the honour to be a judge at the 2019 butter tart festival. I swore that once my shift was over, I was heading over to Doo Doo’s booth and getting some tarts. By the time I got there, they were already sold out. DARN! I missed out again. The same thing happened when we attended the Paris Butter Tart Festival, as well.

Doo Doo’s Bakery has been the recipient of many accolades, awards, certificates, and trophies over the years – hailing their tarts as the “Best Butter Tarts”. Diane Rogers and her team have won many competitions and festivals across Ontario – you can find a list of her accomplishments here. These awards have helped them to become the butter tarts that people will wait in line to get at these festivals. Her booth is one of the most sought after in the festival circuit. People will make a beeline for Doo Doo’s Bakery and snap up packages of her sweet treats.

I was now more determined than ever to get some of these butter tarts for our butter tart quest. First, I had to figure out when I was going to make a road trip to Doo Doo’s bakery & café shop in Bailieboro.

There is just one thing….. Where exactly is Bailieboro?

Our close friends moved to a farm north of Belleville, and on a road trip to visit them I saw a sign for Bailieboro, so we made a quick exit off the 401, and we were now headed toward Peterborough.
Was it on the way, NO! But was it necessary – YES!
We made it to Doo-Doo’s Bakery & Café in Bailieboro. I was finally going to be able to get my hands on those elusive butter tarts. Woo Hoo

“We Bake Fresh every Day. We do everything by hand & it sure does pay off in the taste of the tart”

Upon entering Doo Doo’s Bakery & Café, the first thing you will see is the award-winning butter tarts on display in the pastry case, and many of their awards decorating the store. They have many different flavours to choose from, including plain, raisin, walnut, & pecan. Other less traditional flavours are cherry, raspberry coconut, maple whisky, maple bacon, and many others. They also offer a variety of seasonal flavours which change throughout the year.

The buttertarts from Doo Doo’s have a very rustic and hand-made appearance. While all of the tarts are appropriately baked, some are darker, and some are lighter in colour. None of the tarts were burnt or overbaked. No two buttertarts look exactly alike, and that is precisely the way we like it. You can tell each butter tart is created by hand with love and passion.

The pastry of these buttertarts is very light, flaky, and sweet. It is a thick crust, but it is also very delicate and buttery. The taste is exquisite.

The filling has a pleasant sweet taste, smooth texture, and rich buttery flavour. It has an excellent ooze factor. The filling is not too runny, but just enough to be decadent. There is a delicious caramelization on the top for a light candy crunch, which adds to the joy of eating a Doo Doo’s butter tart.

The ratio is outstanding. You get to enjoy the taste of the creamy filling and the buttery sweet crust together in every bite.

This is a truly decadent tart. It has a great taste from start to finish. It is a delightfully sweet tart, that is a pleasure to eat and enjoy.

The raisin tart has a lot of raisins in the filling, but unlike most raisin butter tarts – this one does not taste like a raisin tart. The raisins do not take over the flavour – they are just a part of it.

Was it Worth the Hype?

Absolutely. Doo Doo’s Bakery deserves all of the awards and accolades they have received for their butter tarts. They are a fantastic tart – full of rich flavours proving a decadent eating experience when you bite into one.
Now that we know where Bailieboro is, we have made the stop at Doo Doo’s several times, and we have been able to get them at more local butter tart festivals as well.

Doo Doo’s Bakery is a charming little country store, bakery, and café a short distance south of Peterborough. They have a seating area of approximately 6-8 tables where customers can enjoy their breakfast, or pastries and a coffee.
In addition to their decadent butter tarts, they serve other fabulous baked goods like cookies, pies, squares, and sausage rolls. In the warmer months, you can enjoy Kawartha dairy ice cream as well.

If you are in the area of the Kawarthas, be sure to check out the many other bakeries on the Kawarthas Northumberland Butter Tart Tour.

If you know of a great bakery making amazing butter tarts, we would love to hear from you. Let us know about them, so we can plan a future road trip to check them out, and include them in our #ButterTartQuest.                           Contact Roguetrippers with your suggestions.

Adventurer, gastro-tourist, avid road tripper, and buttertart aficionado. Exploring the road less travelled and the adventures that exist for all to see if you just open yourself up to new possibilities.